Julian Nott and his company, Nott Technologies, consulted with various organizations throughout the world and did so for many years. They consulted on all aspects of design, construction and operation of lighter than air craft including balloons, blimps and airships as well as related scientific projects. “As consultants we do not manufacture balloons. Rather we help you to work your way through that maze to find the right person to build exactly what you need. We have worked with all the major balloon manufactures in the world.” Julian Nott

Clients found Nott Technologies astute contributions invaluable, especially to the initial, creative stages where crucial decisions are made to ensure the different elements of a project or craft will ultimately function together as a complete system. Nott himself had the unique ability and experience in the mathematical analysis of the performance of all kinds of balloon systems and especially the thermal analysis which is so important to all lighter than air craft as well as the changes in the temperature of the gas inside the craft which change the lift and thus its fundamental ability to fly. This included extensive work on the thermal and lift analysis of Stratospheric / Near Space blimps. Nott’s theoretical predictions of performance have been tested and refined by numerous practical flights. There could be no more dramatic demonstration of Nott’s abilities than the succession of novel balloon systems he designed, built and piloted to establish 79 world balloon records, all without major accident.

Nott had a specialist knowledge of life support, escape and survival systems specifically suited to lighter than air craft including having developed parachutes specifically to escape from high altitude balloons.

He advised on all aspects of lighter than air flight for a wide range of non-scientific projects, including commercial advertising, TV and Motion Picture Films. His credits include Independent Television News and BBC Television in Britain, CBS and The Discovery Channel in the United States, Channel 10 in Australia and TV-Asahi in Japan.

Nott was balloon consultant to the Red Bull Stratos skydive for more than three years, during the formative stages of the project. In particular he persuaded the Red Bull team to change their basic strategy from using an open gondola, as Joe Kissinger had done, to using a pressurized cabin. This was based on Nott’s extensive experience in building lightweight pressurized balloon cabins.

Recently Nott consulted for Google X and Project Loon, a network of balloons traveling on the edge of space. Loon is designed to connect people in rural and remote areas, help fill coverage gaps, and bring people back online after disasters.

For over 10 years Nott consulted with NASA Jet Propulsion Laboratory on balloons for planetary destinations particularly, Venus and Titian. 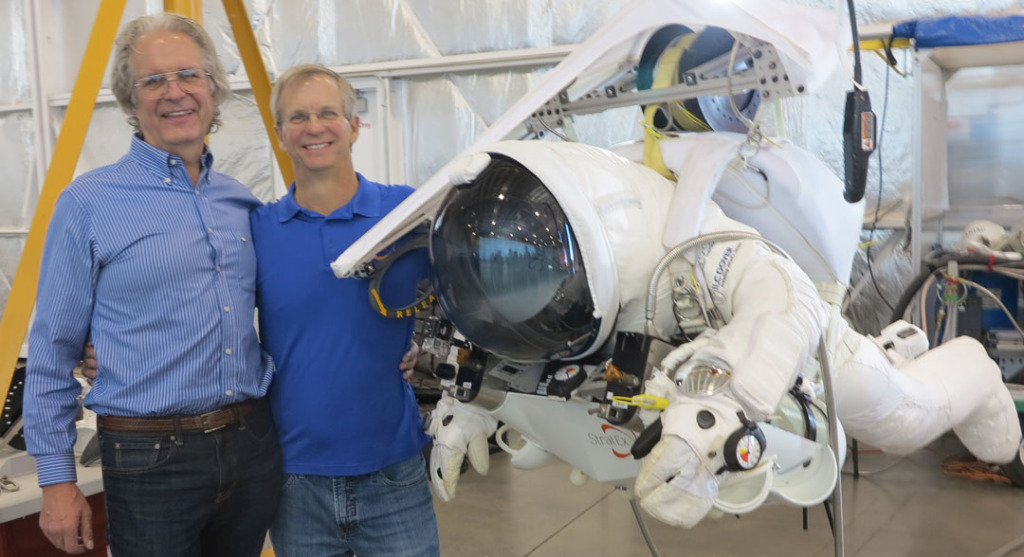