Nott was the subject of four full-length TV documentaries and has made numerous television appearances. He contributed to a wide variety of newspapers and magazines including “The Wall Street Journal”, “The Economist” and London’s “Sunday Express”.  His by-line has appeared in many scientific journals including COSPAR’s highly prestigious “Advance in Space Science”, “The Proceedings of The Royal Institution” and US Air Force technical conference papers.” He and his projects were featured in thousands of publications around the world in all forms of media: print, electronic and on line. He had the distinction of being profiled in The New Yorker’s Talk of the Town, People, Time, Business Week and The New York Times. 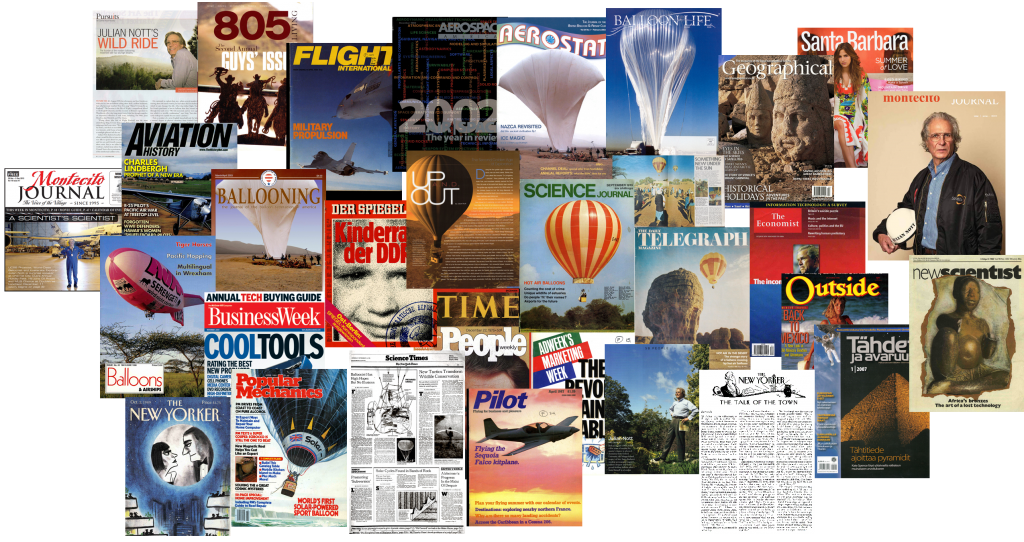